Lord in the form of soul is the only eternal presence; body, mind, emotions, surroundings everything undergo changes. Lord, the eternal lover and sole dependence always embrace the ones who realise the presence within. Even when child is covered with malodorous dirt, loving mother would not leave the child, she will carefully clean the child and love it. More than a mother, lord would not leave his child who is covered with malodorous dirt of various desires. Lord cleans up the child and pour the love over the child. Oh, the ever present lord in heart, how loving and kind you are 😊

Rising up before the sun and enjoying the beautiful silence, the mind under the watchful consciousness, feeling so light. Weightless like feather and vision so clear. Mind listening to heart’s chanting of arunachala siva. As the grace, from the day the thought of Arunachala came to the mind, heart got attracted to it than anything else. Various sensual pleasures, responsibilities, duties came in front to try to block, but Arunachala’s grace helping to glide through them. Arunachala is the mirror, everything else are images appearing in Arunachala. Strongly holding Arunachala, the ever loving presence in heart, I am dissolving. Arunachala acted as a throne to take the throne of ignorance. Like Gandhiji, I saw Ramana Maharshi’s photo also for the first time in my grandfather’s home while I was in UKG. At that time, I felt he and Gandhiji are grandfathers too. In later classes, I came to know about Gandhiji, but it took me more time to hear about Ramana Maharshi. In my yoga class, I heard the name of Ramana Maharshi and self-realization and from friend Sharma also I heard about him and Tiruvannamalai, but I do not feel any particular type of attraction towards it, but had it with Shakaracharya who influenzed me starting from my first standard. Last year is the first time when my heart suffered in some sort of pain and doing the Vaikunta Ekadashi vritha, name Arunachala came to my mind. Mind conditioned with searching things in google as the nature of medical transcription work put me in, I searched Arunachala in google and found about Tiruvannamalai, the abode of Arunachala and Ramana Maharshi for whom Arunachala is everything who merged in Arunachala’s grace. From that time onwards, Arunachala’s presence is always within me. Workaholic me changed and work situation changed for me to visit Arunachala. Second time also when the wish to be in Arunachalam rose, work situation miraculously changed in the form of a viral attack affecting the whole work, yet not me. Arunachala took me through different paths which I never ever dreamt of traveling, connected me with people who helped me when needed. Arunachala’s presence in me helped me face fear situations bravely. What more to say, everything is Arunachala’s grace. May the grace of Arunachala dissolve me without the trace of I and let the Arunachala shine. Arunachala is the fire and I am the camphor eager to melt fully in Arunachala’s grace. Arunachala siva 🙂

Duality is just a play of mind. It is like I standing in front of a mirror and see me in the mirror to see my external appearance. I am in front of mirror and what is seen in mirror is just a reflection. Similarly, the mind identifying with body and senses stands in front of the mirror called the world and forgets the soul, the one monistic reality. When focused within, the mind and world too dissolves and soul, I only exist. So it is monistic, advaitha only.

One can stand as dwaithi and see lord as separate from the soul in one’s heart and devotedly workship the lord. Or one can stand as a vishishtadvaithi and see one’s soul formed from lord having the qualities of lord, but not lord and workship the lord with deep devotion but separate from one. Then also, with pure devotion, at one point, realizing the soul and losing all desires, one gets identified with lord and merges in lord. It happens naturally and thus, there is no dvaitha, vishitadvaitha or advaitha. Now, at this point, in this mood of word’s flow, I could say this much only. 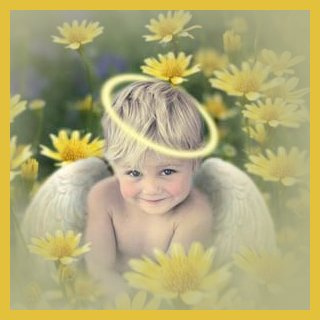 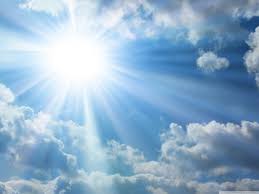 One is lucky to have human birth with healthy physique and psyche. Human birth becomes auspicious when we are able to see our body as temple, our 5 senses like the lights of lamp and the soul in us as lord and doing the worship with om/amen and Soham chantings as flowers. This sacred worship can be done by anyone at anytime anywhere. Kashi, Haridwar, Vrindavan, Gaya, Mecca, Jerusalem are in our hearts. All the sacred rivers are in our hearts.

May we all enjoy the eternal bliss here and now itself 😊😇