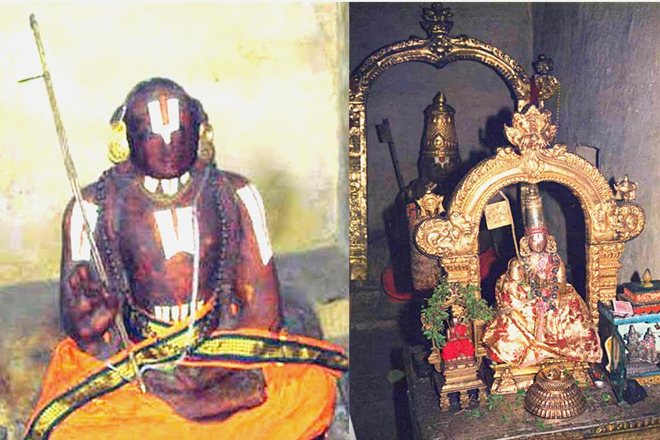 Remembering Ramanujaacharya, his compassion, humblessness and knowledge along with bhakthi. Reading Ramanujaacharya’s works is like enjoying “Ambalapuzha Paalpayasam” as both are uniquely divinely tasty. When bhakta remembers and glorifies bhagavan seeing bhagavan in heart, bhagavan is not separate from bhakta. Bhakta is bhagavan himself. That is the magic of bhakti. Understanding bhagavan is the only real and eternal partner and all efforts and everything done forgetting this is utter waste, ego surrenders completely. When bhakta becomes bhagavath dasa and realizes the presence of bhagavan in the heart of every beings, bhakta becomes friendlier to all beings. For him/her, everything is bhagavan like Ezhuthachan said in Harinaamakeerthanam:

Once surrendered to bhagavan completely, bhagavan will work from within the heart of bhakta in his unique ways. Bhagavan always leads. The relaxing happiness thus felt in heart is the real treasure 🙂

This site uses Akismet to reduce spam. Learn how your comment data is processed.